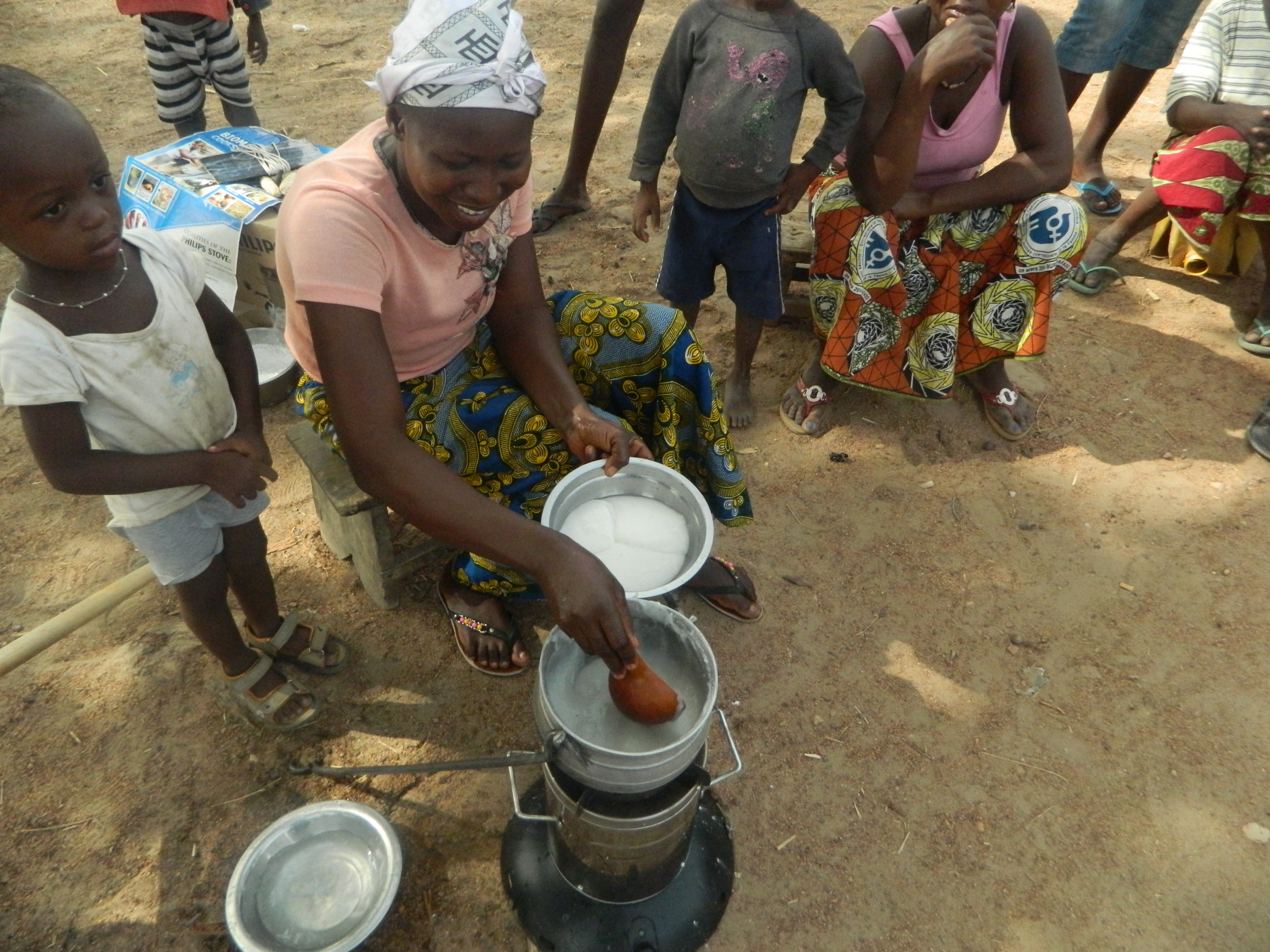 ISEES through its Technology Transfer and Deployment Center as part of its Bioenergy Access Program is to introduce gasifer stoves and improved biomass fuels to households and small enterprises in Ghana with the view to reduce over-dependence on fuelwood and charcoal and encourage end-users to use agro-waste materials, pellets and briquettes for cooking.

Gasifier stoves such as Prime Stoves, Elsa Stoves both Natural Draft as well as Philips Stoves, Abellon Clean Energy Stoves and ACE Stoves (forced draft) are suitable household and institutional (in case of Abellon and Elsa Stoves) that efficiently uses pellets and briquettes as well as agricultural residue such as palm kernel shells, coconut husk, bamboo charcoal briquettes, shea waste among others for cooking efficiently with less smoke or none.

ISEES is creating sustainable markets among Bottom of the Pyramid Households (low – middle income earners) who mostly depend on fuelwood and charcoal to switch to the use of efficient gasifier stoves using improved biomass fuels.

This is in line with the Ghana Bioenergy policy to reduce over-dependence on firewood and charcoal in order to reduce deforestation and indoor air pollution.

Most agricultural residue that is causing major environmental problems and pollution with its disposal (through burning) can be efficiently turned into fuel for cooking for the over 4 million households that still depends on firewood and charcoal. Palm Kernel Shells, Saw Dust Briquettes and coconut husk, sugacane bagasse, rice husk and shea waste briquettes and bamboo, cocoa pod husk, cashew waste among others are useful biomass that can be used raw in gasifier stoves or converted to briquettes for cooking.

ISEES is involved in pilot research and production of improved biomass fuels and briquettes for cooking and conducting efficiency test of these fuels in the gasifier stoves to be able to establish its market potential in Ghana.

ISEES is also working through a business model that will increase access to these gasifier stoves to end-users in rural and peri-urban areas.