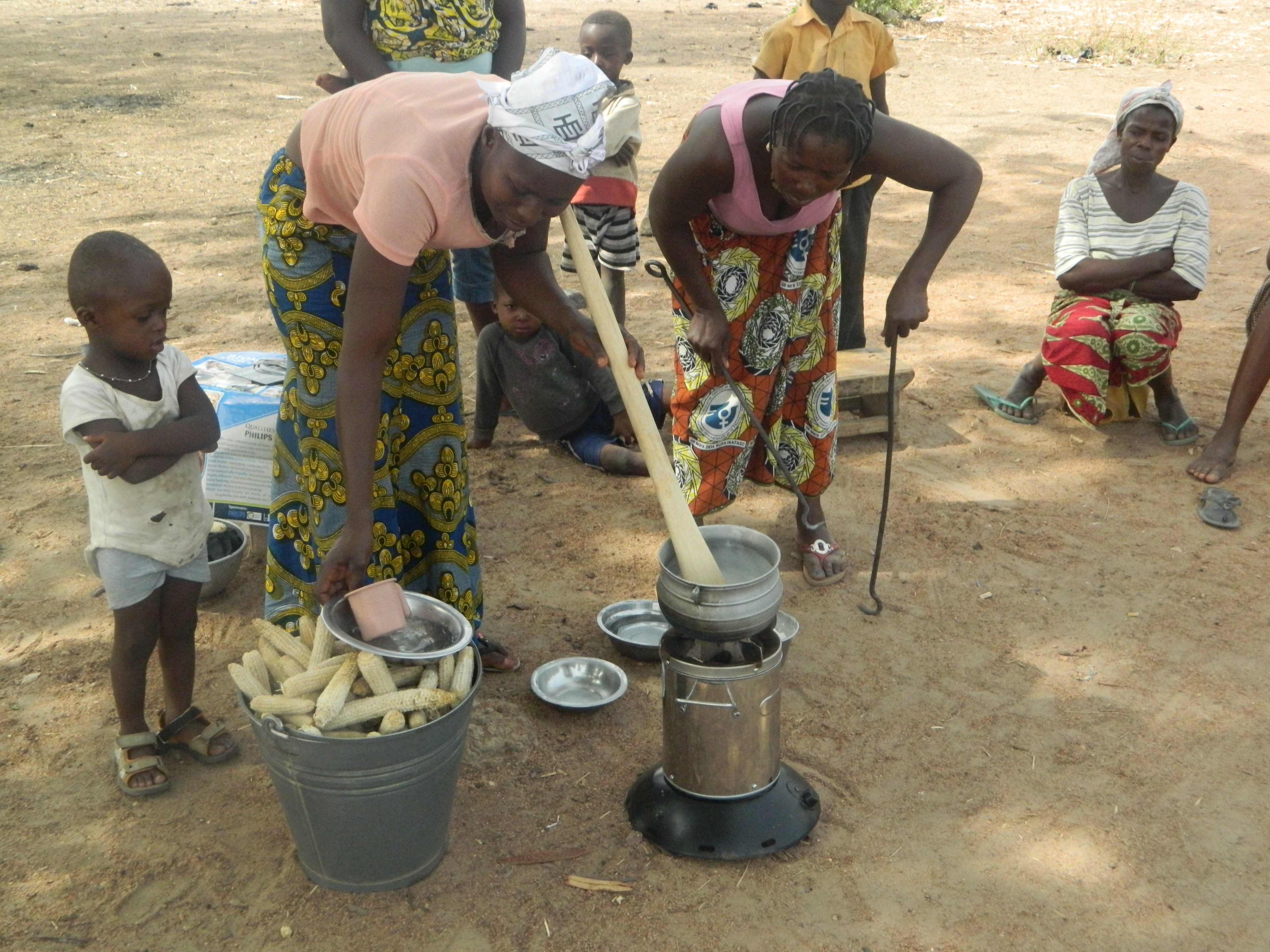 ISEES as part of efforts to promote access to clean gasifier cookstoves for improved health, reduced energy expenditure and low emissions is promoting access to clean gasifier cookstoves including the Philips Biomass Cookstoves, Prime Stoves and Elsa Stoves to Bottom of the Pyramid Households and small agro-processing enterprises who could use pellets and residue from their processing waste in the stove. ISEES is committed to market research, technology improvement and deployment of household and institutional gasifier stoves in Ghana.

ISEES took delivery of 80 Philips stoves from SNV Netherlands Development Organisation as part of efforts to scale up access to gasifier stoves in Ghana.

ISEES reaches out to women groups involved in agro-processing whose biomass waste can be used as fuels for the gasifier stoves and supports them to get access to clean cookstoves using innovative financing schemes. Clean burning gasifier stoves such as the Philips, Elsa and Prime Stoves is versatile with different kinds of fuels including Palm Kernel Shells, Pellets, coconut husks, sawdust pellets, sugarcane bagasse, corn cobs, and even shea waste briquettes.

ISEES hopes to be a pioneer in promoting gasifier stoves in Ghana. These gasifier stoves will provide the opportunity for the bottom of the pyramid households to potentially avoid the use of firewood and charcoal and depend on agro-waste as fuels for cooking thereby reducing deforestation and indoor air pollution. Agro-waste is now being disposed off and causing a lot of environmental hazards, though they have the high potential for being used as fuels in household cooking.